Honoring leaders in the art and business communities who exhibit a passion for investing in the cultural capital of our youth. 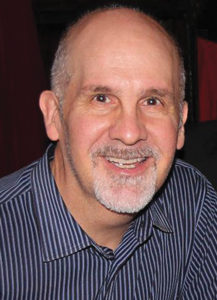 The ASA is committed to finding and celebrating partners who share its mission. Those partners provide resources for enrichment programs and create models of equal opportunity, acknowledging the enormous benefit of exposing our future leaders to the performing arts.

The Bill Sensenbrenner Dream Maker Award has been named to celebrate the enormous contribution of Bill Sensenbrenner, who was passionate about the mission of the ASA and was the engine behind its education program and contributed in any way he could. Bill served as a primary fundraiser on the board of the ASA, raising more money from independent sources for the organization in a year than any other board member. One of his favorite songs was “Moon River” by Henry Mancini and Johnny Mercer. In that, he was particularly fond of the reference to being a dream maker. And that’s what ASA is all about. Bill held a master’s degree in theater management from Southern Methodist University and was a lifelong, avid theater goer. His career included theater management as well as office management for an executive accounting firm. Gone too soon, Bill was a rainmaker, supporter, friend of the arts, and cheerful human being. He is missed every day.